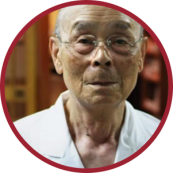 As a business owner myself, and the proud father of three, I don’t always have the time to binge-watch the latest Netflix series on the weekend. I do, however, sit myself down and watch a documentary every now and then. Not only are documentaries a great way to relax and decompress -- they're also, in my view, one of the best ways to stay motivated and enrich your business knowledge.

Which ones to watch? Hundreds of documentaries are currently streaming on Netflix, but here are seven recommendations that you, like me, may find particularly inspirational for business owners.

This 2011 documentary focuses on Jiro One, owner of a humble 10-seat, sushi-only restaurant located in a Tokyo subway station. What makes the story of Jiro, who at the time of the film’s release was 85 years old, compelling, is that he’s spent his life striving to become the greatest sushi chef in the world. Has it worked? His restaurant is a three-star Michelin recipient and he has customers willing to spend $300 a plate.

The takeaway: This documentary shows how the most successful owners are so passionate about their businesses that those emotions sometimes cross into the realm of obsession and how these owners are willing to pass that knowledge on to the next generation.

As with Jiro Dreams of Sushi, Crafting a Nation depicts the dedication and passion that business owners must possess. Released in 2013, Crafting a Nation follows a number of craft breweries around the nation, highlighting their hard work, struggles and success. The film also explores the positive impact these breweries have on their communities, employing local farmers, for example, to grow hops for their product.

The takeaway: While passion and creativity is an essential component, business owners should also look for ways to enhance their local communities.

Regardless whether we're Apple fans or not, most of us respect what Steve Jobs accomplished at a company he left and returned to, rescuing it from the brink of failure. Originally airing on PBS in November 2011, Steve Jobs: One Last Thing takes a closer look at this visionary through interviews that discuss how his talent, style and imagination changed the world.

The takeaway: The most powerful part of this 60-minute documentary is the exclusive interview with Jobs himself where he states; "Life can be much broader once you discover one simple fact, and that is: Everything around you that you call life was made up by people that were no smarter than you . . . the minute that you understand that, you can poke life . . . you can change it, you can mold it . . . that's maybe the most important thing."

This 2013 documentary takes a look at the life of Burt Shavitz. Shavitz was a beekeeper when he co-founded Burt’s Bees in 1984, but became essentially a recluse despite the resulting fame and fortune.

The takeaway: While the humble beginnings of Burt’s Bee are inspirational, one of the documentary's main points is the importance of choosing and working with the right co-founder, which can make or break a company. In this case, the documentary discusses the struggles between Shavitz and co-founder Roxanne Quimby who bought out Shavitz and sold the company to Clorox in 2007 for more than $900 million.

Unlike most of the other selections on this list, Print the Legend explores the ugly side of starting a business. Consider, for example, Bre Pettis, founder of MakerBots. Pettis was willing to sacrifice friendships in order to give his 3D printing company a chance to succeed. On the other side was the more humble Formlabs, struggling to fund its projects.

The takeaway: What’s more important for business owners than success? Friends? Innovation? The business itself? These are tough questions that we all must answer at some point.

This exhilarating 2015 documentary chronicles the life of Carl Boenish, one of the pioneers of BASE jumping -- BASE standing for "building, antenna, span, or Earth.” What makes this such an inspirational film is the passion and fearlessness that Boenish had when it came to BASE. On top of that, Boenish was known for his work as a cinematographer, filmmaker, philosopher and promoter of BASE jumping.

The takeaway: Starting a business can be terrifying, but if you’re not willing to take that leap, are you really living your life to the fullest? Another business lesson to take away from Sunshine Superman is that as business owners, we’re bound to take on multiple responsibilities, but that the very drive to do that helps us conquer those tasks and ultimately succeed.