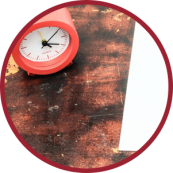 Is Your Product Idea Right for Licensing? How to Tell

How can you tell if your idea for a new product is right for licensing? It’s a reasonable question . . . on the surface, anyway. If you’re new to licensing, know that this is a great alternative to starting a business, for product developers who want to focus on being creative.

The freedom that accompanies earning passive income in the form of royalty checks doesn’t hurt, either. I’ve licensed dozens of my ideas for new products across a wide range of industries, from toys to packaging.

Do those ideas work? As an expert, I have to answer honestly that nobody going into licensing can predict success for sure.

The reason for the uncertainty is that the companies you show your idea to are the ones that express an opinion. And it's their opinion alone that matters. So, don’t overthink this, as aspiring entrepreneurs are apt to do, because, in business, there’s an exception to every rule. And the same is true of licensing.

Still, despite the uncertainty, I can give you some general guidelines for licensing success:

1. Find an idea that has a large market.

It's certainly not impossible to license an idea to a niche market. My students do it often. But look for a big market. The extra effort you exert will be worth it when you receive your royalty checks!

2. Make sure your idea can be manufactured at a reasonable price point.

This is huge and one of the most important factors for you to consider. If an idea can be manufactured at a competitive price point, it can be licensed. If your idea requires a company to invest in new machinery or spend money on manufacturing in some way, you’re going to have a difficult time convincing that company your idea is worth the risk.

This is why ideas that are too new/too revolutionary aren’t a great fit for licensing.

3. Focus on ideas that have a big benefit and can be easily explained and/or demonstrated.

Educating consumers is prohibitively expensive. This is where your one-sentence benefit statement comes in. Can you communicate the benefit of your idea meaningfully using just a few words? You need to be able to. That’s your elevator pitch, the phrase you’ll use over and over again. If you can’t come up with one, you’re going to have a difficult time opening doors.

Some ideas just cannot be licensed -- the way most recipes can't be copyrighted. Those ideas are too difficult to protect, unless their product is related to packaging or delivery. The same goes for software. (Licensing can be done, but it's difficult.) Other tough industries for licensing include those in which a few players dominate the entire market. There’s no incentive for those companies to innovate, basically.

As I said, though, there are often exceptions. Case in point: One of my students just licensed an idea to one of the three main automobile manufacturers in the United States. As far as apps are concerned, you’ll most likely have to develop yours further -- including getting eyeballs on it -- than you would other kinds of ideas.

Be smart. Don’t let anyone convince you that obtaining a patent is a necessity. Companies that require ideas to be patented before they’re willing to look at them are dinosaurs. Instead, open innovation is flourishing in every way, with new organizations, conferences, initiatives, and physical centers being built to support it. So, seek out companies that are looking for new ideas and don’t care where those good ideas came from.