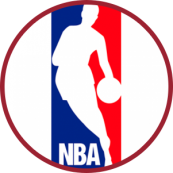 More than 25 companies will commemorate the first-ever NBA All-Star event outside the U.S. with installations, programs and activities across Toronto and Canada.

Below, examples of how NBA partners will activate the Feb. 12-14 event.

New campaign: Mountain Dew will debut the brand’s first DEWxNBA TV commercial
Fan experience: Mountain Dew plans to unleash a number of interactive and energizing activations in and outside of Toronto during NBA All-Star, including:
“Court Vision: An Interactive Virtual Reality Art Experience,” the brand’s art-meets-basketball fan experience that will bring together technology, art and music to show fans how Mountain Dew charges the game both on- and- off court.
Out of home: Mountain Dew has “painted the town green” with a creative advertising takeover of Union Station in Toronto that celebrates the vibrant personalities and unique styles of the NBA’s biggest stars.
Entertainment: Presenting partner of the NBA All-Star DJ platform, which includes DJ performances at all All-Star events. The platform will also feature a strong in-arena presence with linear and digital elements across TNT (including a livestream sponsorship), NBA TV and NBA.com.
Product packaging: Mountain Dew is releasing an All-Star themed can featuring Russell Westbrook at POS across Canada.

FreeD Technology: Along with Replay Technologies, Intel will capture simultaneous video streams (across 28 cameras) of key All-Star moments, creating a near real-time 3D experience featuring 360-degree perspectives.
After the Break; Throughout All-Star, Turner Sports will use freeD clips to help fans enjoy compelling play during broadcast and across digital; following All-Star, the experience will be integrated into select NBA games.

Celebrating The NBA’s Presence in Canada

BBVA
To celebrate its sponsorship of NBA All-Star 2016, Canada Goose has created two limited-edition parkas for the Eastern and Western teams. Each jacket features an embroidered congratulatory note on the inside front panel.

All-Star Saturday Night: Title sponsor of All-Star Saturday Night
Hoopers spot: State Farm will air a new spot from the “The Hoopers” platform; the company will promote the campaign via a Hoopers-themed Snapchat story during State Farm Saturday Night. State Farm also recently partnered with Turner on a custom spot featuring Reggie Miller.
Road Trip: To celebrate the new spot, the Hoopers Instagram and Twitter accounts (@MeetTheHoopers) will document the road trip from Los Angeles to Toronto, where the family will leave exclusive prizes in eight cities along the way.
Community:
Day of Service: State Farm employees and guests participating in annual NBA Cares All-Star Day of Service event.
Assist Tracker: Launching assist tracker to tally all assists made during All-Star. For every assist made, State Farm and NBA Cares will donate $1,800 to Boys and Girls Club of America.

Out of home: Among other off-site retail and OOH activations, Nike will take over the streets of Toronto with SNKRS XPRESS – a fan engagement platform touting some of the brand’s recent and key offerings.

Bringing Basketball To Toronto Via Competitions and Clinics

Jr. NBA Day: As presenting partner of Jr. NBA, Under Armour will outfit the program’s 2,500 participants and volunteers. Held at Centre Court, the event will feature all participating NBA All-Stars.

State Farm and SAP employees and guests have an opportunity to help with the annual event, dedicated to helping local community organizations.
Kaiser: Returning as an associate partner of the annual NBA FIT Celebration. The program will feature basketball clinics at 10 regional high schools.
Cisco: Bringing 20 interns (all members of the Cisco Networking Academy) to help NBA IT with networking infrastructure and troubleshooting throughout All-Star 2016.